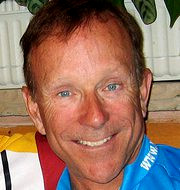 PUBLISHED PHOTO BOOK - I have published a 120-page coffee-table size photo book, entitled Rosie Heil . . . one of a kind.  It is not an ordinary photo book.  It chronicles some of the unusual and exotic adventures my wife and I have experienced all over the world and displays some of the uncommon images we brought back.  I'm not selling the book, but, if interested, take a look at this ambitious publication:  http://www.blurb.com/bookstore/invited/5432651/1be251f09c212ba9a69a3a9f28a33455e0c1d0f9?fb_action_ids=10155238340215453&fb_action_types=og.shares

Sierra Club - 2002-2009 – Board of Directors of Sierra Club Foundation 2003-2009; Chair 2008-9; Chair, National Advisory Council 2004-2008. The Sierra Club was founded by John Muir in 1892. Today, the Club has over 1.3 million members and supporters and is the oldest, largest, and most influential grassroots environmental organization in the United States. Its broad goals include: (i) safe and healthy communities in which to live; (ii) smart energy solutions to combat global climate change; and (iii) an enduring legacy for America’s wild places. I am doing what I can to help this wonderful organization save the planet and its extraordinary wildlife and wilderness. (See: www.sierraclub.org; and Annual Reports, featuring my photographs: 2008, 2007 cover shot & others, 2006, 2005 cover shot and others, 2004 cover shot & others)

Goodwill Industries of San Francisco, San Mateo & Marin Counties – Board of Directors 1993-2001; Chair, 1996-2001. This 3-county Goodwill Industries is a $20 million budget social service charity providing vocational training, transitional employment, and job placement to persons who are disabled, disadvantaged, or homeless. I was very actively involved in the development and expansion of Goodwill and its job-training programs. I developed the H.I.R.E. Program and Career Choice Program, vocational programs for persons who are homeless, as well as a vocational training program for hotel and restaurant workers. Honoree of National Society of Fund Raising Executives, 1997. "Beacon of Light" community service award, Temple Emanu-El, San Francisco, 1995.

Please let me know if this is too much information . . . or not enough. Thank you